These apps are written in HTML and JavaScript, and use Web Standards to work on all major browsers, so you don't need to install anything. 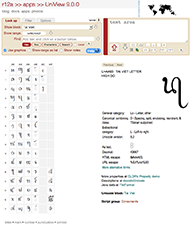 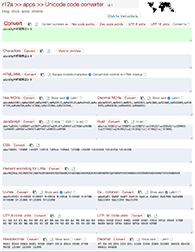 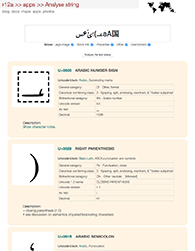 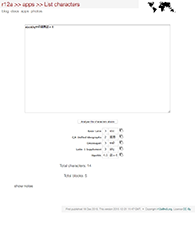 Analyses the characters in text that you paste into the large box at the top, and produces a list of what characters were used, grouped by Unicode block. See also the related tools: 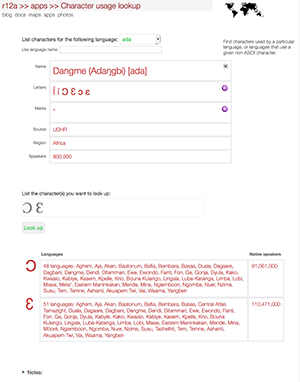 Find characters used by a particular language, or languages that use a given non-ASCII character. 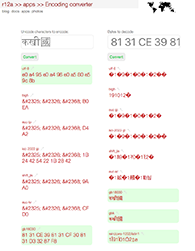 Allows you to see what bytes are used by legacy encodings to represent a particular character, or to convert a sequence of bytes into characters for a range of encodings. You can customise the encodings you want to experiment with by clicking on change encodings shown. 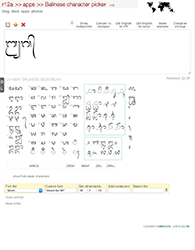 Pickers are likely to be most useful if you don't know a script well enough to use the native keyboard. The arrangement of characters also makes it much more useable than a regular character map utility, and they may include characters from more than one block. However, pickers also provide transliteration and other tools, and can help analyse text strings. 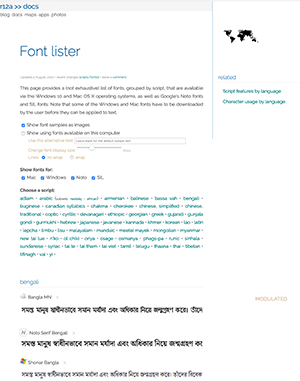 Text samples for most of the scripts supported in Unicode.

Provides a (not exhaustive) list of fonts, grouped by script, that are available via the Windows 10 and Mac OS X operating systems, as well as Google's Noto fonts and SIL fonts. 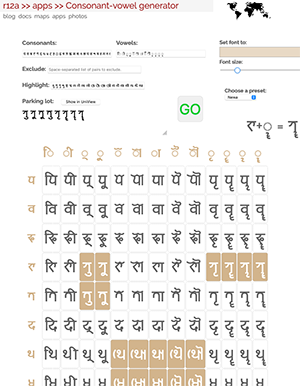 Generates a matrix of conjunct forms for a given complex script. Allows you to inspect the results for a given font.

Generates a matrix of consonant+vowel pairings. 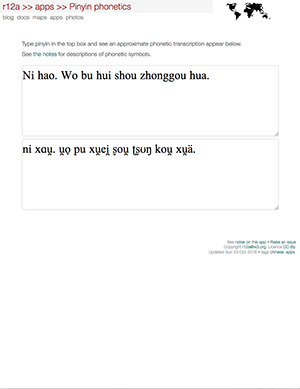 Type pinyin in the top box and see an approximate phonetic transcription appear below. See the notes for descriptions of phonetic symbols. 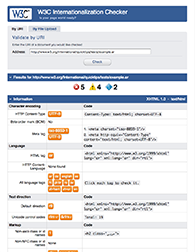 Check an HTML page for internationalization information, such as character encoding and language declarations (both in the document and in HTTP headers), non-normalized id and class names, request headers, etc. And discover errors, warnings and other advice about the international aspects of the page's HTML code. 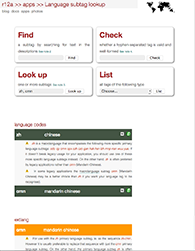 Check language tag validity, find the subtag for language, region, script, etc, find out what that tag means, or get a list of all currently available tags. This app searches the most-up-to-date version of the registry, and provides additional information to help you choose from over 8,000 subtags. 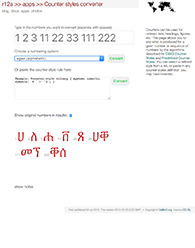 Convert ASCII numbers into other representations that can be used for ordered list counters, headings, etc. It uses the algorithms described by CSS3 Counter Styles. 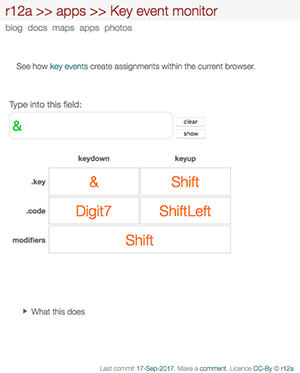 See how keyevents create assignments in the current browser. 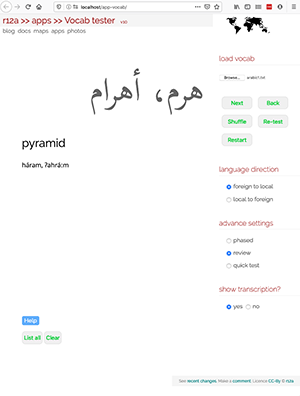 Are you learning a language? This web app allows you to test yourself on your own vocabulary, dialogues, kanji characters, whatever. You can test in both directions, specify what information to display, and randomise the list before testing. You can also print lists for testing yourself when you don't have access to the Web.

For instructions, see the help file. 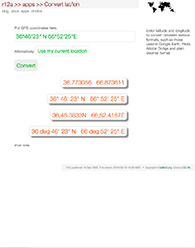 Convert GPS coordinates between different formats for latitude and longitude data. Includes formats such as those required for Google Earth/Maps, Flickr, Adobe Bridge and other applications. 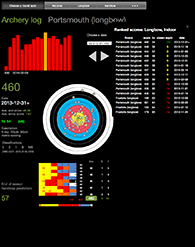 Take a copy to log your archery scores, with or without the visual arrow placement diagrams